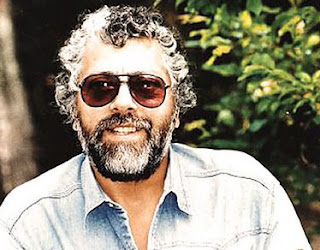 Argentine folk singer, songwriter and novelist Facundo Cabralwas shot and killed 9 July in Guatemala City, Guatamala, whilst on tour at the age of 74. Authorities say the performer's concert promoter, Henry Farinas, was the intended target. The murder has prompted expressions of anguish from across Latin America.

When Cabral first picked up a guitar he sang in the manner of his idol, Argentine folklorist Atahualpa Yupanqui, entertaining tourists in the beach resort of Mar del Plata. His career really took off in 1970 with the spoken verse international hit, ‘No soy de aquí, ni soy de allá’, ('I'm not from here, and not from there'), in which Cabral declares, “I am not liberty, but I am he who provokes it.” This potent track has been recorded some seven hundred times and in twenty seven languages.

By the time Argentina fell under military rule in 1976, Cabral was clearly identified as a protest singer, and had to flee for his life to Mexico where he continued recording, writing books and giving concerts. By 1996, he was designated a United Nations Worldwide Messenger of Peace. His live performances were a mixture of philosophy and folklore, spoken-word poems and music reflecting his roots in the gaucho culture of rural Argentina.

Argentine singer Isabel de Sebastianpaid tribute to the singer - 'Facundo Cabral was our last troubadour. As much a philosopher-poet as a singer, he was a living testament to the search for what unites us in culture and society. After his concerts, you'd feel that our life in common was richer, more mysterious, more profound.'